Today whilst browsing the internet I unexpectedly came across an image that gave me some inspiration for the upcoming project.

The image is of a chandelier projecting an image of what appears to be a forest onto the surrounding walls. 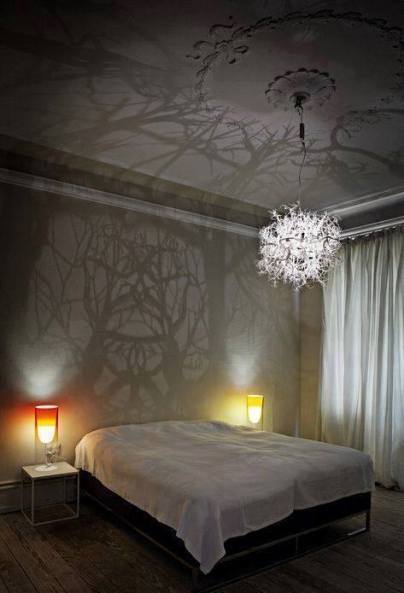 The image had been placed onto an organisation’s Facebook Page and when I went to investigate who had created the image, or even the lampshade, I found that no credit had been given and I was none the wiser. I then decided to search through Google Images and got a result.

The Facebook Page belonged to an Italian organisation named Arteide. Arteide is a non-profit organisation that operates throughout Italy and internationally & its purpose is to enhance and promote art, tourism and education. It offers everyone the opportunity to promote themselves and is free to members, it also offers discounts and offers and gives them greater presence on the internet, helping artists to promote their work.

I found out that the lampshade had been designed and made by the artists Hilden & Diaz. Thyra Hilden & Pio Diaz formed an artistic partnership in 2005. Hilden came from exploring existential ambiguity in her photographs and video installations and Diaz worked with political and social critique through interventions in public space. The strength and dynamic of Hilden & Diaz as collaborating artists is due to their cultural and artistic differences. 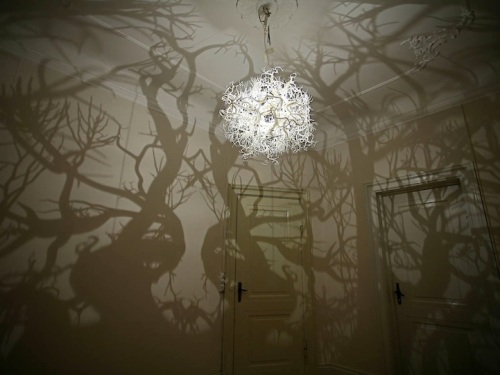 Hilden & Diaz create all kinds of art, but it was their use of light and light projectors that have been of particular interest to me. Not only because of the project that we are embarking on but also because of the way that the spectator can interact with the artefact; as seen below in pictures of another one of their installations entitled “Shadows”. 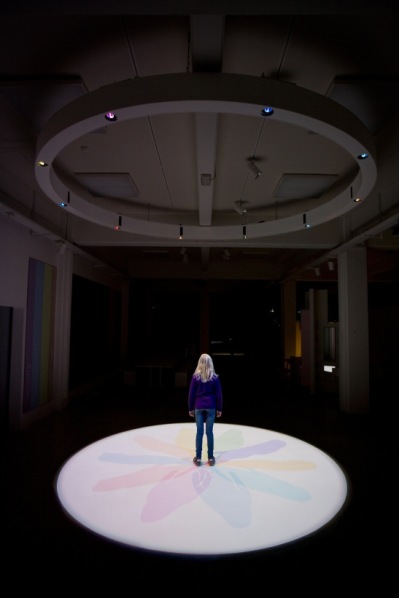 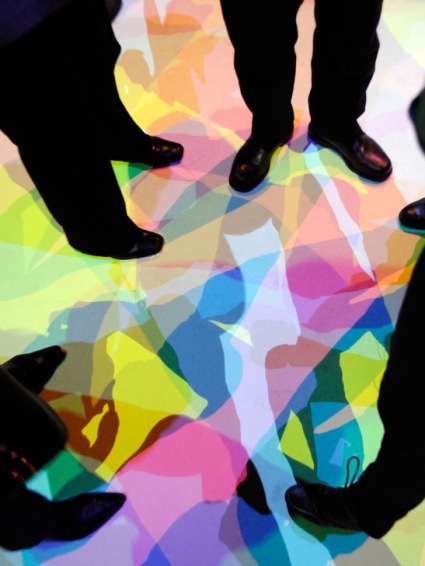 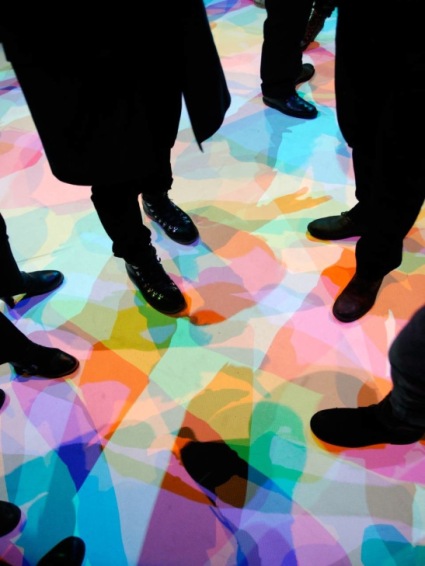 “Viewed from outside, the work is a great circle located in the ceiling from which white light is spreading in to the room. The moment the viewer enters the circle, the white light will be broken as in a prism, and 52 contrast-colored shadows will be thrown into a star shape around the viewer. This makes all the colors, which previously have been present in the white light, visible to the viewer as a color palette on the floor.”

Some really interesting and fascinating work, that I think will aid us in coming up with an idea for our final artefact.